Welcome to the fifth instalment of our weekly social media news series – The Week in Socials.

We’ve hand-picked the most interesting social media news of the week and smooshed them all into one bite sized blog, giving you your Friday socials fix to enjoy with a well-deserved end of the week cuppa.

If you’re in any way interested in social media, you’ll have no doubt seen this story plastered all over your feed the last few days.

Adam Mosseri, head of Instagram, announced on his personal Instagram that the platform is no longer to be considered as being primarily a photo-sharing app, instead claiming they will be shifting in new directions.

Mosseri noted four key areas that Instagram will be focusing on:

We’d already seen the news that Instagram were looking to change the way we see new content in our feeds, which makes a lot more sense thanks to the recent announcement.

Mosseri admitted that competition is fierce, with Instagram looking to rival video giants TikTok and YouTube to tailor their consumers feeds with personalised recommendations.

But will users appreciate the new changes? With many already showing their annoyance at the announcement, it will be interesting to see if Instagram’s new venture pays off!

This week, Facebook Vice Preside, Ads & Business Products Dan Levy has given us new insightinto the future of the platforms business innovation.

Levy highlighted for key areas in the next step of “personalised experiences”: 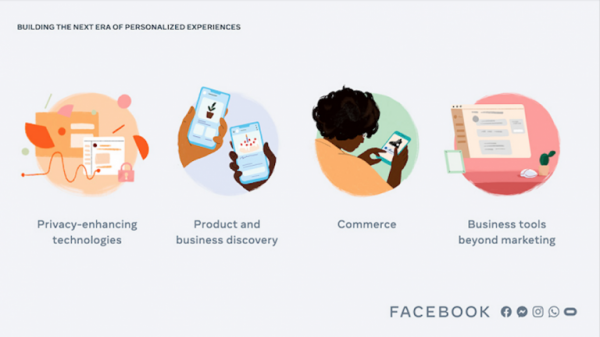 He commented that more than ever before, business have been confronted by a rapid and permanent shift in how their customers behave.

The huge migration to e-commerce has been rapid, and with that has come a call for higher levels of privacy expectations, with Facebook claiming they are working with industry partners and organisations to establish best practises within the industry.

Facebook are trailing a host of new features, including:

Facebook are taking some fairly sizeable steps to cementing themselves as front-runners in the e-commerce game.

TikTok have launched a nifty new feature this week (only for US users at the moment sadly), which seeks to help job-seekers connect and catch the eye of potential recruiters.

TikTok Resumes is a pilot program designed to continue expanding and enhancing TikTok as a new channel for recruitment and job discovery. We’re teaming up with select companies and inviting job seekers to apply for entry-level to experienced positions with some of the world’s most sought-after employers” 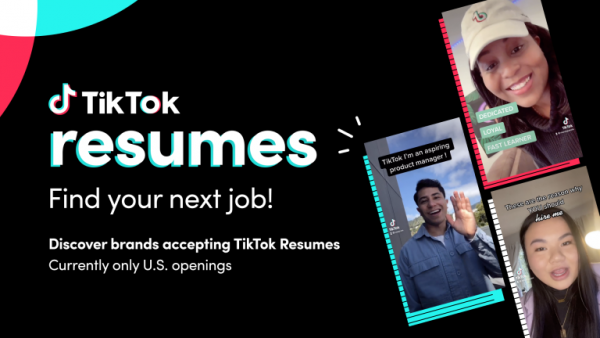 Reiterating their stance as an app firmly powered by community, the feature is the latest step in the platforms continued efforts to expand their offering, while nurturing a space set aside for creativity and authenticity.

Is this the new face of job applications? Are creative CVs and TikTok resumes booting traditional application methods out the door? Stay tuned to find out…

Snapchat have published a new report this week, giving us a sneak peek into upcoming trends that consumers are on the lookout for as they return to in-person stores.

The report, created in partnership with Foresight Factory gathered intel from 20,000 consumers across 12 global markets, with a global edition, and a US only edition available to download.

Some of the key insights from the report include:

The report highlights how brick and mortar stores will be expected to adapt to engage with technology and the modern consumer journey.

Although Twitter have yet to announce anything official on the matter, a number of users have claimed that the platform has started to show them Fleets from users they don’t follow.

However, it would appear that Twitter may be testing a new discoverability feature of their own, by highlighting Fleets from different accounts outside of your usual following list.

While the move could help brands to reach a larger audience with a free organic boost, some users have vented their frustration on the matter.

It’s no secret that that a number of the top social media platforms are playing around with new discovery options for both their users, and the businesses that frequent the platform, but will this new Fleet update hit or miss?

We’d love to hear your thoughts!