Welcome to the fourth instalment of our weekly social media news blog series – The Week in Socials.

We’ve hand-picked the most interesting and industry relevant titbits of the week and smooshed them all into one bite sized blog, giving you your social media Friday fix to enjoy with a well-deserved end of the week cuppa.

Facebook is taking steps to evolve its eCommerce offering by introducing a range of new shopping as discoverability tools across its platform arsenal, including Facebook Marketplace, WhatsApp and Instagram.

The new features were announced earlier this month by CEO Mark Zuckerberg, and are set to include:

It’s finally here (almost)! In what’s been a work in progress for a few months now, Instagram is testing upload and posting options via desktop, making it so much simpler to create, upload and post content in one place.

Users will be able to access all the usual editing features that they’re used to seeing on mobile, including image formatting and filters.

At the moment there is no access to Story or Reel uploads unfortunately, but there are murmurings that users will soon have the additional benefit of desktop IGTV uploads, suggesting that a fully inclusive desktop experience is in the works.

TikTok are moving to improve advertiser analytics through the introduction of their new Brand Lift Study – a feature which will allow businesses to implement polls into their promoted campaigns, in a similar fashion to the polls already available on Twitter or Facebook.

TikTok said: “TikTok BLS provides brands a refreshing approach to the traditional measuring and optimization of brand resonance. In true TikTok nature, TikTok BLS is an immersive, in-feed polling experience, with music and motion graphics that users have known and love about TikTok.”

The feature will help support brands to more effectively measure the success of their campaigns, analysing awareness, attitudes, favourability and intent.

BLS will no doubt prove popular with brands looking to gain a better insight into how they are perceived on the app!

As part of their plans to bring social audio experiences to the app, Facebook are rolling out Live Audio Rooms, allowing users to “discover, listen in on and join live conversations with public figures, experts and others about topics you’re interested in.”

The feature is set to open up new channels for interactive connectivity with like-minded users, with the optional addition of fundraising support to encourage charitable giving. 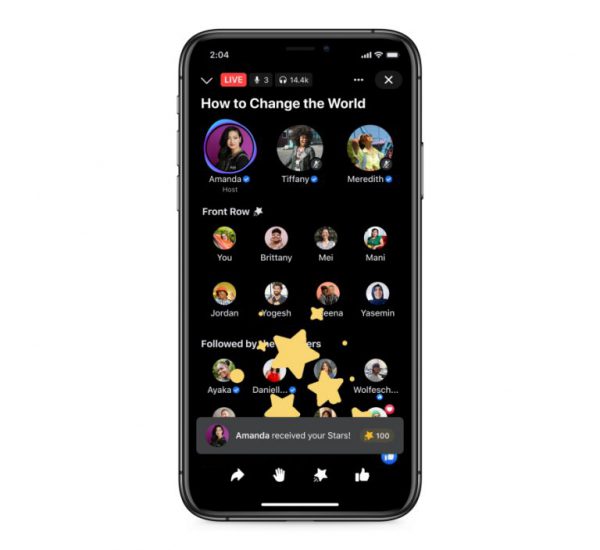 Live Audio Rooms will be discoverable from a user’s newsfeed, and also through their notifications.

The rollout is set to introduce new features for both the Live Audio Rooms, and live podcasts in the coming months.

In a move to battle social media competitors Clubhouse and Patreon, which have both seen increased interest during the pandemic, Twitter is set to introduce their new Super Follows and Ticketed Spaces feature.

First teased back in February, Super Follows will allow creators to generate additional monthly revenue though paywalled subscription content, with followers able to subscribe to different tiered levels, costing from $2.99 to $9.99 per month.

Ticketed Spaces will allow creators to produce paid-for virtual events that users can purchase tickets to attend. Ticket prices can be customed from anything between $1 and $999 (yikes).

The move follows Twitters tentative rollout of Twitter Blue, a subscription service offering users additional features to optimise their Twitter experience and is set to be the beginnings of a host of new additions to the platform. 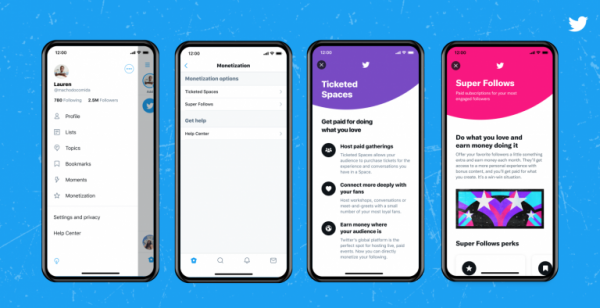