Welcome to the third instalment of our weekly social media news blog series – The Week in Socials.

We’ve hand-picked the most interesting and industry relevant titbits of the week and smooshed them all into one bite sized blog, giving you your social media Friday fix to enjoy with a well-deserved end of the week cuppa.

You might remember that last year Instagram updated our feeds to include the ‘Suggested Posts’ feature, alerting users when they have reached the end of all of the newer content on their feed and using the space to suggest different organic posts as well as showcase relevant ads.

Well, Instagram wasn’t through experimenting with our social media feeds, and is now testing their newest feature, with suggested posts being mixed in throughout our regular feed – sometimes in front of photos and videos from the people you follow.

While this may provide an important opportunity for brands on insta to re-think their strategy and gain some additional organic growth, it’s likely to cause some anger and frustration amongst die hard chronological timeline lovers.

After a successful test in December 2020, Twitter is finally rolling out the ability for all iOS users to share their favourite tweets directly to their Instagram Stories. 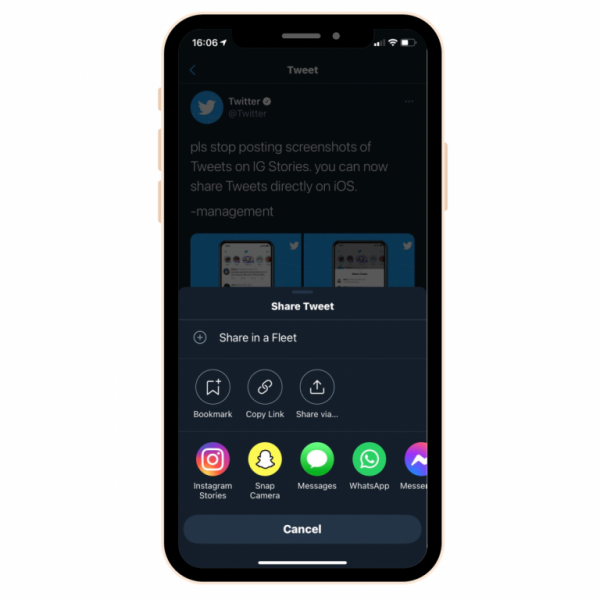 Sadly, the tweets that are shared to your insts stories will not be clickable – meaning you won’t be able to link directly back to the original tweet from the story itself (unless you are the lucky recipient of the swipe up function).

Even so, the ability to share directly across platforms opens up an additional opportunity for sharing content in new and interesting formats and has the additional promise of further platform collaboration further down the line.

After tentative public tests over the last few months, TikTok is beginning to roll out its newest feature to selected creators.

Jump is a new social media feature that allows users to embed mini apps into their videos, with TikTok claiming it is “a new way for creators to share engaging and informative content on TikTok.”

When interacting with a video that includes the Jump feature, viewers can tap a button to open the creator’s content on a new screen within the TikTok app. Creators can then customise the content viewers see and can access.

Snapchat already runs a similar feature called Minis, and the introduction of Jumps could see a familiar opportunity to boost e-commerce on the site. However, for the moment Jumps seem to be content to simply improve the overall user experience and reinforce relationships with third-party partners.

With the world beginning to emerge from the gloom of Covid-19, there has been a focus on how many SMBs will fare in an uncertain new business landscape.

Pinterest have partnered with American Express in an attempt to boost over 20 smaller merchants with their new Comeback Feature, found on The Pinterest Shop.

Pinterest claimed that the idea came from a more than 50% increase in search terms for “how to support small business”, and are encouraging their users to shop small this summer with their ‘The Comeback Edit’ initiative.

Pinterest claim that they have seen a recent surge in shoppers looking to purchase from smaller businesses through social media, and highlight how important social media marketing has become for smaller businesses throughout the last year. Pinterest are keen to empower both SMBs and local communities to help support each other through this difficult period of transition.

Facebook files a patent for its own AR hat

On the more obscure side of social news this week, Facebook have registered a new patentthat will seek to leave AR glasses in the dust.

The patent, which was spotted by Founders Legal, looks to produce an AR hat, expanding the immersion of the platform.

According the Founders Legal: “The display would be incorporated into the brim of the hat to minimize contact with the user. Additionally, heat-generating components required to run the artificial reality display can be given similar treatment and be incorporated into areas of the hat that do not have direct contact with the user, such as the brim.”

With the seemingly failed experiment that were Google Glasses, it will be interesting to see if Facebook is able to crack the AR market, with the platform already outlining its plans for further AR development in the coming years.